Of course growing up I had a list of what I considered to be the best voice actors in the business. The ones who inspired me, who made me fall in love with the industry. Amongst those voice actors were people such as Mel Blank, Nancy Cartwright, Rob Paulsen, and so many other incredible great animation voice actors. There’s so many that go under the radar though, ones you hear but actually, they aren’t dominant headline voice actors playing lead roles but a multitude of background characters or noises, people such as Frank Welker, a true acrobat of vocal talent. I mean this guy voiced Curious George and a whole zoo of other animals and noises. The nearest example of someone with such a range of talent I can think of to reference at this point is Michael Leslie Winslow who played Larvell Jones in Police Academy, the guy of 10,000+ sound effects, check out this video of the range of sound this guy can do with his face hole. 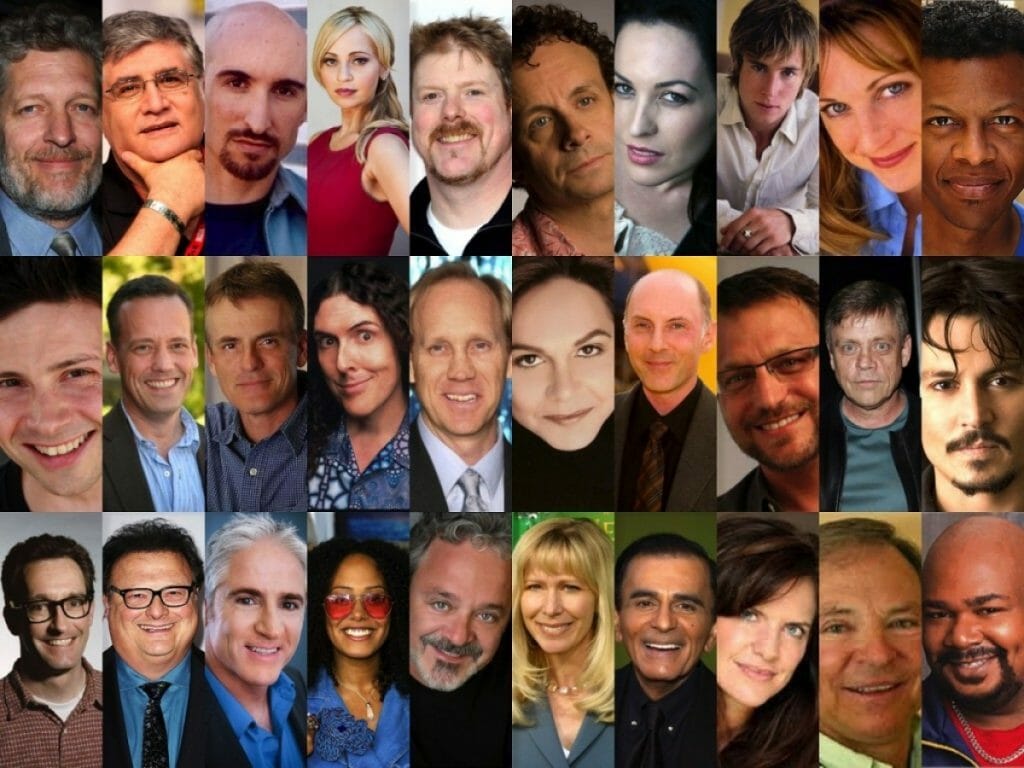 Currently my biggest inspiration, and most certainly since around the early 2000s, has been Tom Kenny. In my opinion, Tom is most certainly the most incredible, versatile, voice actor on the planet. His rand and energy that he brings to each read is stunning. I remember watching SpongeBob Squarepants for the first time thinking, “gosh, this voice actor must leave the booth in vocal agony”. What is truly astonishing about Tom is his ability to become a total vocal chameleon. If you watch Sponge Bob, then switch to something such as Brickleberry, and then to Final Space, Tom does voices in all of these and they are all completely indistinguishable from the others.

Of course vocal ability is only part of the pie, there’s always someone in school who does good voices, or people say, “oh he/she are so talented, listen to their Cartman impression”, and you think, wow they really nailed the tone, but there’s something missing. This is where the acting side comes in. It’s like having a Jimi Hendrix’s guitar but being unable to play it. A lot of acting greats, and voice actors do study acting at some points throughout their lives, but then there are those who simply don’t, people who have that understanding for each character and the ability to stride into their shoes. Tom Kenny for example found his routes through stand up comedy, other greats such as Marc Silk have never set foot in an acting class yet are still one of the most incredible talents, because they have that ear, that ability to get into the characters shoes and walk with it, embodying the character through their connection and awareness to the scenes, the lines and the feelings that come with it.

If you think of significant characters in films, do they all have a voice which is distinguishable? Woody from Toy Story for example, it’s Tom Hanks, no voice simulation, just Tom Hanks, but it’s not… It’s Woody I hear you cry. That’s because Tom’s acting ability brought the persona of Woody to life, the subtle changes in the way his pronounces things, paces himself through sentences, although it’s Tom Hanks voice, it’s not, you believe it to be Woody because of that connection to the character.

South Park for me is another great example. The same voice actors play multiple roles interacting with each other with the audio manipulated. The distinction between the characters is still very noticeable.

Of course now we experience voice acting in many places other than just the animated cartoon world, we experience them in Video Games, dubbing of movies, audio dramas, even commercials. This gave way to an even bigger pool of emerging talent such as Nolan North, and Steve Blum.

I could go on for days writing this post, we could start talking about Kenny Everett, and the way he brought radio to life, Charles Martinet the inspiration behind why I revived my once quit journey in voice over, Robin Williams I could write an entire post on solely, but for now let me share with you my top 10 list in no order (because it’s impossible to decide) of best voice actors. Some of this is raw talent, others because of the inspirational effect they have had on me. What do you think? Find me on social media and let me know your views.