Dan Pye, is a British Male Voice Over artist. He’s provided voice overs for a huge range of productions from; commercial voice overs, continuity, video games, animations, radio station imaging, practically anything that requires a voice. Dan has worked with some of the worlds largest brands, such as Universal Studios, BBC Television, EA Games, Sega, Channel 4, Asda, Amazon, The Co-op, Telefonica, Hard Rock Cafe, SiFi Channel and much more. Every jobs takes him into the shoes of a different character, and that is one of the things he loves most about voice acting. Transporting to different worlds, and characters in nothing but a breath of separation.

In 2021 Dan was cast as the voice of the stand up comedian and Britains Got Talent Winner, Lost Voice Guy. Having never spoken due to his disability, Lost Voice Guy (Lee Ridley) has communicated using an AI text to speech system which he uses throughout his act. This has always been a standard British Accent, but as Lee originates from Consett in North East England, he wanted an accent which better suited his identity. Of thousands of entries and a short list of 500, Dan was chosen as the new voice. You can see a clip of the premiere use in the videos on this page.

Dan is a busy full time voiceover, working daily from my broadcast quality, industry trusted home studio. Most jobs are turned around within the same day, and can under some circumstances be within the hour. Dan works strictly with priority so if you need something recording broadcast quality quick and easy, he can often do it.

He can record independently or with you listening in via various online services or over the phone.

In this title released cross platform in 2021, I played 4 Main Cast and 6 NPC Characters. 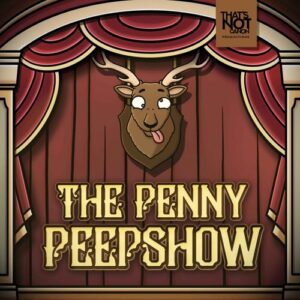 "Dan is great to work with - professional, friendly, and asks the right questions to make sure he's delivering the right read for your project. Dan's voice is incredibly versatile too, making him a great choice for a whole range of stuff... from characters to corporate!" 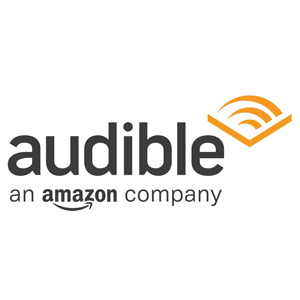 For more video voiceover samples of work I have done, please head back to the main page, or click the link above.

Voice overs can often be made available within the hour!* with ISDN lines, ipDTL, Source Connect or WAV or High Quality MP3 Delivery – Get in touch today, and lets bring your next project to life!

I have a range of character voices which I am very competent in performing, I love working on character development, by understanding your vision for the characters background, look, and emotional state, to develop a suitable voice. I was educated in the Theatrical Studies, Media and Arts at Newcastle College and University. I also have a history of voice acting animations, from cartoon animals and other animated character voices. I can translate a script and work with you to bring it to life, and add the icing to the cake that is your next production.

Recent and current training and mentoring with Peter Dickson and Hugh Edwards with their professional voice over training program “Gravy for the Brain” has been a huge help, I am also member of the Voice Over Network whom I owe so much to, for the continual support, training, and mentoring I receive from such a wonderful family of Voice Overs.. I take continual critique and training very seriously, so I invest what I can when I can on building on my voice over skill set.

Characters and Accents; From typically British spoken to a wide range of regional accents and character voices, suitable for Gaming Voice Overs, Dramatics, Animation and more.

I am typically ready to go within the hour, pretty much any time of day and evening, with turn around possible within the hour, and delivered in your required format via email, dropbox etc. ipDTL, Source Connect and ISDN lines available.

EQUIPMENT Recorded in high quality via Sennheiser MK4 through FocusRite Scarlet 2i2, in my Durham Studio, travelling auditions recorded on Apogee 96k MiC.

Voices available within the hour*! 9am – 11pm BST/GMT

*Subject to requirements and delivery method. Price may be higher for fast turn around.

Find me on Sound Cloud

This website uses cookies to improve your experience while you navigate through the website. Out of these, the cookies that are categorized as necessary are stored on your browser as they are essential for the working of basic functionalities of the website. We also use third-party cookies that help us analyze and understand how you use this website. These cookies will be stored in your browser only with your consent. You also have the option to opt-out of these cookies. But opting out of some of these cookies may affect your browsing experience.
Necessary Always Enabled
Necessary cookies are absolutely essential for the website to function properly. This category only includes cookies that ensures basic functionalities and security features of the website. These cookies do not store any personal information.
Non-necessary
Any cookies that may not be particularly necessary for the website to function and is used specifically to collect user personal data via analytics, ads, other embedded contents are termed as non-necessary cookies. It is mandatory to procure user consent prior to running these cookies on your website.
SAVE & ACCEPT